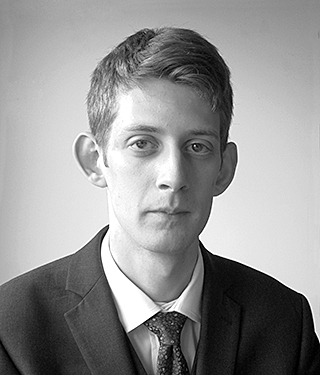 Kaj is regularly instructed to both prosecute and defend in a wide range of matters. He practises both in London and across the Western Circuit.

Prior to joining chambers, Kaj worked as a general legal editor at Sweet & Maxwell, working on titles such as Archbold, Criminal Law Week, and Wilkinson’s Road Traffic Offences. In 2013 he received a Reserve Commission from the Royal Military Academy Sandhurst and served as an officer in A (London Scottish) Company, the London Regiment.

Kaj is a Grade 3 prosecutor and is regularly instructed by the CPS as trial counsel, as well as frequently being instructed as a led junior in major and complex trials. He has experience with dealing with complex issues of law and disclosure in such cases. He is accustomed to providing advice from an early stage, working closely with CPS departments and police forces, and is often instructed in cases involving complicated disclosure exercises and encrypted communications.

Kaj has experience defending in a wide variety of cases, both as a led junior and in his own right, ranging from complex fraud to serious sexual offences and assaults. He is approachable and straightforward with his clients and maintains sensitivity and compassion for their needs and concerns.

Kaj has a thriving Courts Martial practice in which he only defends. He is experienced in dealing with the unique complications of military life and service offences. He is regularly instructed by clients from all arms of the military and prides himself on his client care.

He is experienced at advising young and vulnerable defendants and has assisted in training for Registered Intermediaries.

Kaj sits as a member of the British Cycling Disciplinary and Appeals Panel.