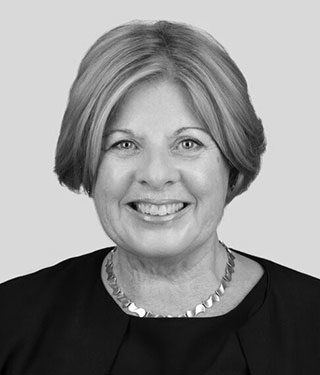 Marion is a hugely experienced and “highly regarded” defence advocate specialising in serious crime.
She is regularly instructed in matters involving murder and attempted murder, manslaughter, rape, serious violence, computer and internet offences, fraud and police discipline. Marion has been described is someone who also thinks “outside the box”.

Marion has led in numerous murder cases and has helped develop the law in such areas as diminished responsibility. Marion thrives on legal arguments and has won numerous cases before reaching the trial stage. These include abuse of process arguments, a recent example is the successful opposition to the prosecutions application for an anonymous witness in a Trident case, which led to a not guilty verdict being given.

As well as the criminal cases listed below, Marion has represented many police officers in police discipline cases. She led in one case which was described at the time as the “Biggest investigation into police corruption in this country”.

Marion’s professionalism and depth of reputation is shown by the continuing high demand for her services from instructing solicitors and clients. Marion often represents highly vulnerable defendants whether because of age or mental health problems. She is regarded as a formidable opponent and is famous for providing total dedication to any case she receives instructions for.

Marion is a Grade 3 prosecutor and RASSO approved.