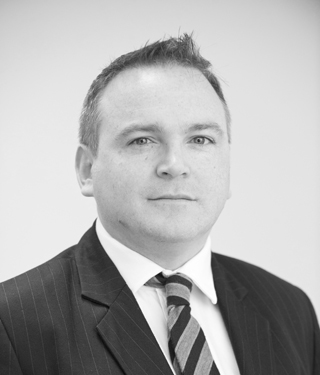 Barry McElduff is a leading practitioner in complex and serious cases with an emphasis on organised crime and sexual offences.

His portfolio of instructions is balanced between prosecution and defence work which enables Barry to bring a rounded analytical perspective to any case he is involved in.

He is regularly instructed in cases that require a sensitive and measured approach.

He is both a Grade 4 and RASSO approved Prosecutor.

In March 2018 he was appointed a Recorder of the Crown Court and in November 2019 was authorised to preside over trials of serious sexual offences.

Barry’s defence practice encompasses the wide spectrum of criminal work, although it was in cases involving serious allegations of drugs supply that he forged his reputation, securing acquittals in a number of complex and difficult cases.

He has been instructed by the International Justice and Organised Crime Division to prosecute cyber-crime cases involving attacks on the Pentagon and major banking institutions.

He is regularly instructed as led junior counsel in cases involving allegations of murder or manslaughter.

He has also provided training to various CPS RASSO areas and police forces in areas as varied as disclosure, s41 applications and the drafting of complex Indictments.