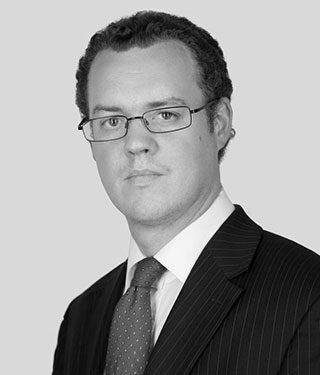 Oliver specialises in complex criminal work having acted as both leading counsel and as led junior in a number of high-profile cases and has a particular expertise in appeal cases.  He also conducts inquest and regulatory work.

Oliver both prosecutes and defends in serious and complex criminal cases. His defence practice encompasses acting as both leading counsel and led junior in a wide spectrum of serious cases involving terrorism, violence, drugs, fraud and sexual offences. Recent cases of note have involved defending a 14-year old female accused of murder, a mother accused of a baby shaking murder, as well as cases involving both the encouragement of terrorism by online postings and the attempted arson of a diplomatic vehicle outside the Iranian Embassy. His prosecution practice encompasses multi-handed prosecutions of organised criminal groups as well as cases where he has prosecuted cases defended by Queen’s Counsel.

Oliver has considerable expertise in undertaking appellate review work examining whether fresh grounds of appeal may exist in respect of old convictions and sentences in which the client has either never appealed or received negative advice on appeal from his or her original representatives. Many of the cases he has reviewed have resulted in fresh grounds of appeal being identified and submitted to both the Court of Appeal and the Criminal Cases Review Commission, and have ultimately led to convictions being overturned and/or sentences being reduced. In total, Oliver has appeared in the Court of Appeal in more than 35 separate appeal cases.

Oliver is instructed to appear at coroner inquests across the country, most often on behalf of families of the deceased but also on behalf of other interested parties.

Oliver has particular experience in cases involving the representation of individuals and companies prosecuted by Trading Standards and the Health and Safety Executive. Many of these cases are matters on which he has been instructed on a direct access basis.

Oliver has acted as a legal adviser to variety of television programmes over the years as well as appearing on radio as an expert commentator on criminal legal matters.