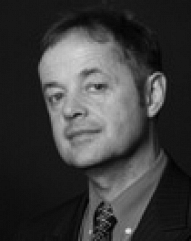 Michael has been cross examined on numerous occasions as an expert accountant and this experience has especially equipped him for his own cross examination of experts.

Michael is a member of the CPS Specialist Fraud Panel and has been instructed for them on a number of cases on the Western Circuit and in London.

Michael has been involved in many fraud investigations. He was for eight years the external forensic accountant for the Ministry of Defence Police Fraud Squad and assisted them on a number of significant investigations. He has accompanied the police on raids of premises and has advised on documentation and evidence.

He has conducted bribery investigations under the Bribery Act 2010.

He is an Accredited Counter Fraud Specialist (ACFS) and has advised a number of hospital trusts on fraud prevention and detection, and has assisted in the investigation of fraud for the hospitals.

Michael was a member of BDO’s Forfeiture and Asset Recovery team and obtained an excellent working knowledge of confiscation under POCA. As a barrister he assists the CPS and defendants with confiscation matters and hearings. His understanding of accountancy and finance is of great practical use in this area.

He has assisted both the Crown and defendants in contested POCA hearings and in drafting s17 responses.

Michael is a Grade 2 Prosecutor for the CPS and is regularly instructed in Crown Court trials, in particular on the Western Circuit, East Sussex, Buckinghamshire and in a number of London Courts.

He has successfully appeared in the Court of Appeal for both prosecution and defence.

Michael has particular expertise in assessing losses and damages in civil cases including personal injury and commercial cases.

Commercial claims: Michael has a good working knowledge of financial matters. He has recently advised a PLC on whether to appeal the decision of the High Court regarding international loan agreements and fresh evidence produced by one of the parties. This was a complex case involving the assessment of accounting records, the treatment of assets under International accounting standards, the impairment of debt, and the compilation of consolidated accounts.

Michael regularly conducts forensic and legal training for a number of organisations and law firms. He was responsible for many years in running the Bar Standards Board Forensic Accounting course which was compulsory for all barristers within 3 years call.

He regularly conducts training on cross examination skills for fraud investigators as part of the Accredited Counter Fraud Specialist course.

He has conducted training in New Zealand and in Budapest for the International Academy of Matrimonial Lawyers on the cross examination of experts.

Portsmouth Crown Court (financial crime) – defendant, a former Royal Navy veteran and MBE was successfully prosecuted for the theft of his step-son’s £59,000 inheritance. Over a three-year period, he began transferring numerous cash sums, to accounts overseas and hiding the theft from his fellow trustees.

Bournemouth Crown Court (financial crime) – the defendants were successfully prosecuted with theft of takings from their employer. Both defendants were responsible for the collection and security of cash in the business and stole a significant sum of money. The case involved 5 days of legal argument regarding abuse of process before it concluded with guilty verdicts after a six-day trial.

Southampton Crown Court (financial crime) – benefits fraud which had been carried out for many years with substantial sums stolen. Evidence demanded knowledge and understanding of the benefits system over the period of the fraud – Guilty verdict.

Southampton Crown Court (financial crime) – prosecution of a carer accused of unauthorised use of the credit card and cash of the 93-year-old woman he was caring for.

Isle of Wight Crown Court (knife crime) – successful prosecution of a man accused of using a knife to threaten a man in the street.

Aylesbury Crown Court (ram raiding offences) –defendant accused of using a pick-up truck to smash through the entrance of a hospital and then ripping out the ATM machine, second similar offence followed. Guilty verdicts returned.

Lewes Crown Court (Dangerous driving of a bus driver) – bus driver accused of extremely dangerous driving by driving a bus through a railway crossing endangering the lives of his passengers, other drivers and members of the public. Guilty verdict returned.

Worcester Crown Court (violence) – defence of an inmate who had attacked prison officers in the high security wing of the prison, causing severe injuries. The client refused to come to court and so the case was conducted entirely in his absence; not surprisingly he was found guilty.