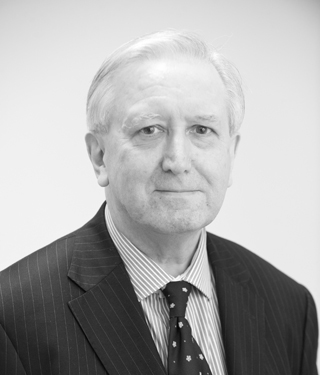 John Lofthouse is experienced in both criminal and civil law.

He is Junior Counsel to the Treasury in Peerage and Baronetcy matters. He is an honorary member of the Criminal Bar Association of England and Wales.

Civil matters undertaken have included constitutional law (in which he has wide experience as Treasury Counsel), judicial review, inquests, employment, landlord and tenant, and probate, as well as general common law cases. He has been involved in cases involving Royal Wills, MEPs’ privileges and immunities, and the effect of EU law in employment matters.

Constitutional Cases and Related Matters include:

He has been involved in a broad range of criminal cases including murder and manslaughter, misconduct in public office, child abduction and serious sexual offences. He has had a particular interest in criminal cases involving civil concepts (such as attempted theft from a residuary estate (involving probate law), analysis of notional bank interest, intellectual property and trades descriptions, gross negligence manslaughter, and the impact of employment law on the admissibility of in-house interviews). In addition, he has acted in a number of cases concerning human rights, and abuse of process, as well as civil cases closely connected to criminal law – confiscation, condemnation, SOPO and ASBOs. He is experienced in judicial review in criminal matters and appeals by case stated.

Mr Lofthouse has also appeared at Coroners Court, most recently in November 2022 where he represented the mother of a British Tourist who died of neglect in a Dubai police station in 2011  https://2kbw.com/2022/11/07/inquest-rules-death-of-british-tourist-in-dubai-police-station-was-due-to-neglect-john-lofthouse-represents-mother-of-lee-brown/