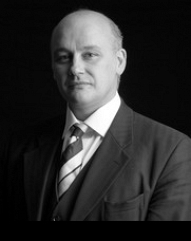 Gary is a skilful, determined and dedicated criminal practitioner, highly experienced in prosecuting and defending across the full range of offences with a leaning towards serious sexual and violent offences and organised crime.

In a varied and busy practice Gary has considerable expertise both prosecuting and defending in multi-handed trials, cases involving serious and dangerous offenders, young defendants and victims as well as those with mental health issues and other vulnerabilities involving the appropriate use of special measures, intermediaries and sensitivity in questioning on either side of a case.

Adopting a real collegiate and hands on approach to case building, Gary is noted for his attention to detail, ability to marshall and present complex issues to a jury in an understandable way and achieves results through strong oral and written advocacy skills.

Sexual offences feature heavily in Gary’s diary and run the full range from gang rape, stranger rape, campaigns of rape and abuse against partners and children (both historic and contemporaneous), sophisticated distribution of IloC (a recent OCD instruction), grooming and facilitating cases to exposure and voyeurism cases.