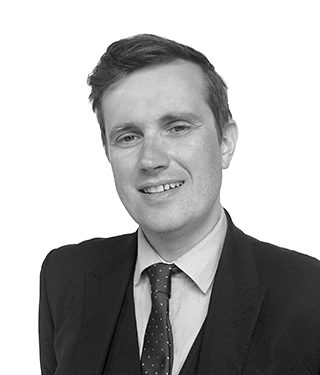 Daniel specialises in criminal law. He practices throughout London, the West Midlands, the South East and on the Western circuit.

Daniel is an experienced criminal practitioner working predominantly in the Crown Court in all areas of crime including serious violence, drug trafficking, sexual offences and organised crime. He has appeared before the Court of Appeal on many occasions having been granted leave to appeal both conviction and sentence.

Daniel is a level 3 Crown Court prosecutor and is frequently instructed to prosecute multi-handed cases as a Junior alone and Leading Junior. Daniel also advises in cases involving applications under the Proceeds of Crime Act 2002 and pre-charging decisions.

Daniel is an approachable advocate who prides himself on his client care and the handling of witnesses. He is equally at home whether he is prosecuting or defending and feels that the experience of both assists when he is instructed by either the defence or the Crown.

Daniel has considerable experience in handling sensitive matters and advising in relation to those with ongoing mental health problems or those individuals requiring the assistance of an intermediary.

Daniel can accept instructions via the ‘direct access’ scheme.

Prosecuting the last defendant in a multi-handed case involving the organised armed robbery of supermarkets and cash in transit deliveries. This trial was conducted under the social distancing rules in June 2020.

Currently representing the first defendant in a multi-handed conspiracy to supply class A drugs.

Defending in a case involving charges of conspiracy to facilitate unlawful immigration into the UK and Obtaining leave to enter the UK by deception.

Prosecuting in a case of multiple offences of Grievous bodily harm contrary to s18 of the Offences against the person act.

Prosecuting in a multi-handed case involving a conspiracy to facilitate unlawful immigration into the UK on three occasions.

Prosecuting in a 2 handed case that involved a stabbing outside a pub. Both defendants were convicted.

Prosecuting 4 defendants in a case involving the planned ‘Honey Trap’ residential robbery of over £100,000. All defendants were convicted.

Prosecuting in a multi-handed case involving the supply of class A drugs.

Defending in a case involving very young and vulnerable complainants. The defendant himself was vulnerable and required an intermediary throughout the trial. The jury returned unanimous not guilty verdicts on all 7 counts on the indictment.

Prosecuting in a two handed case involving the possession of an imitation firearm with intent to cause fear.

Conspiracy to supply class B drugs. Representing first defendant in a 7 day trial that concerned the supply of class B drugs with an estimated street value of over a million pounds.

Conspiracy to supply/ import class A drugs.  Representing eighth defendant in a 9-handed case that involved the supply of over £40 million heroin resulting in a trial that lasted 10 weeks. Daniel was successful in a submission of no case to answer in relation to the ‘global’ conspiracy his client faced. The Crown were forced to prefer a lesser offence.

Leading Josh Scouller and securing successful convictions in a multi-handed case that involved serious gang related violence with charges of violent disorder and Grievous Bodily Harm contrary to s18 of Offences against the person act.

Disclosure junior led by Jonathan Davies in a trial involving the considering of 8 years worth of the complainant’s diaries. The case involved an allegation of historic rape.

Led by Michael Shaw and Matthew Palmer (at the re-trial) prosecuting in a case involving a conspiracy to commit street robberies. All defendants were convicted.

Murder. Led junior (to William Hughes QC) for fourth defendant in a 4-handed matter where the murder was captured on CCTV. Following a 5 week trial the defendant was acquitted.

Daniel has represented a number of clients who have appeared before the military courts.

Before coming to the Bar, Daniel worked for the Parole Board of England and Wales assisting at hundreds of Parole Board hearings throughout England, Wales and Northern Ireland.