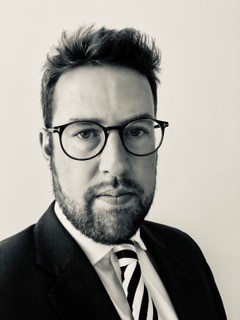 Christopher is a criminal barrister who is instructed for the defence and prosecution in complex and lengthy trials, often as leading counsel.  He has a proven track record, successfully defending clients charged with the most serious offences, including rapes of children, attempted murder and kidnap.  He has made his name over the last five years in multi-handed trials orientated around gang shootings, drugs trafficking, financial crime and POCA offences.

Christopher has significant experience of representing private clients with impeccable results.  He recently acted for an Uber driver tried for committing sexual assaults in the course of his work.  He successfully opposed the admission of bad character evidence (similar prior conduct) and, following his cross-examination of the complainant, the prosecution dropped the case without need for half-time argument.

He is a Grade 4 CPS Prosecutor and is an experienced member of the Serious Crime Group, Counter-Terrorism and Rape and Serious Sexual Offences specialist panels.

Christopher has conducted a number of high-profile cases against Queen’s Counsel.  He regularly garners the praise of the judiciary and his clients for his tenacious eye for detail, formidable cross-examinations and legal argument.  Many of his cases have attracted great media interest.

Leading Philip Allman.  Specialist Thames Valley police operation into a “Deliveroo for Drugs” franchise that spanned Berkshire and Surrey with 11 indicted defendants using WhatsApp groups to sell cocaine, ecstasy, 2-CB, ketamine and cannabis.  Recoveries of large quantities of cocaine and the linking of separate factions of a large criminal enterprise.  Instructed by Charles White or the Thames and Chiltern Complex Case Unit.

Leading Daniel Wright.  Multiple defendants entered guilty pleas in respect of domestic ‘electronic car key’ burglaries and drugs offences.  Two criminal groups in Hackney and Romford linked and coordinated.  The main defendant was tried in respect of an armed car-jacking robbery, within a series of such offences.  Complicated similar-fact bad character application argued over a number of days, against the background of prior convictions and acquittals.  Multiple shots fired towards the victim/owner of an Audi TT and that stolen car, on a series of stolen plates, used to carry out street-dealing of Class A drugs within Hackney.  Instrcuted by Mark Sookrma, CPS London North.

Led Richard Sedgwick.  A complicated BTP investigation into the misuse of young teenagers from London on the transport networks (by rail and road) to carry out extensive County Lines drugs supply of heroin and crack cocaine in Canterbury.  The investigation was led by the BTP’s specialist teams against a modern slavery background.  The misused runners were neither prosecuted nor called as witnesses, so as to protect them from further abuse and reprisal.  The Crown constructed its case around complicated cell site and surveillance evidence.  Instructed by West Midlands CPS.

A number of gangland shootings, underpinned by the supply of controlled drugs and feuds leading to retaliation and revenge.  Trident investigation.  A series of Old Bailey trials.  Instructed by Richard Heatley and James Donohue of CPS London North.

A further multiple-shooting case between warring factions from the Broadwater Farm Estate and Tottenham who took their hostilities to a ‘shoot-out’ at 5am following an after-party on an industrial road in Leyton.  6 firearms discharged inside a party hall and in the industrial cul-de-sac immediately outside.  Trident investigation leading to a pair of trials.  No direct identification evidence such that the prosecution case was built on various compelling strands of circumstantial evidence.  All six defendants convicted and sentenced to lengthy extended sentences.

Successful prosecution of a violent rape in young woman’s home.  1000s of text messages demonstrating nature of the relationship.  Complex matters of law and admissibility.

Successful prosecution of a professional care home manager for rape of a colleague on a train from Canterbury to Ramsgate following a work Christmas party.  The rape occurred as he escorted the victim into the toilet cubicle to be sick, locking the door, the defendant’s wife knocking on the door outside.  Issue was consent.  Complainant intoxicated.  The Kent Online Court reporter provided the following testimonial,

“I provide a blanket service from the court, usually juggling multiple cases, so I see all manner of cases and advocacy styles.  I found your technique quite remarkable, and, using the term lightly given the circumstances, refreshing to see.”

Successful defence of client in a kidnap trial (2 weeks) led to representing him for attempted murder: a targeted revenge attack, multiple knifing to the face and neck.  Robust legal representations led to an eventually accepted plea to s.18 wounding.  Further successful appearance in the Court of Appeal commuted the sentence from a ‘dangerousness’ extended sentence to a determinate term of 8 years.