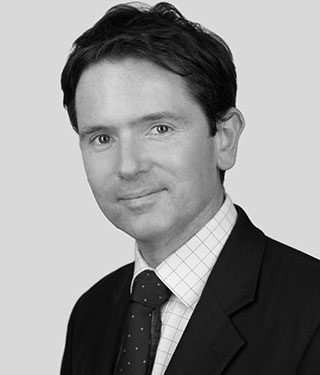 Richard is an experienced criminal practitioner. He both prosecutes and defends.

Richard is a Grade 3 and RASSO approved prosecutor.

Richard has appeared as a leading junior for both prosecution and defence in cases involving the large-scale supply of drugs, false imprisonment and fraud.

Richard regularly prosecutes and defends in cases with multiple complaint – and multiple complainant – allegations of sexual offending. He has experience in dealing with clients and witnesses with a range of difficulties and disabilities.

R v AM – prosecuted 38-year-old schizophrenic for sexual assault of his 6-year old nephew (who was on the autistic spectrum); jury convicted defendant.

R v CM – challenged the conclusive presumption of lack of consent in s.76(1)(a) Sexual Offences Act 2003 in the Court of Appeal (Criminal Division); sought to distinguish case from those of R v Jheeta and R v B.

R v TS & 4 others – leading junior counsel in a 4-month trial concerning a conspiracy to supply class A drugs, money laundering and the attempt to cause grievous bodily harm to an undercover Police Officer whose cover became “blown”; arguments concerning the sufficiency of evidence and integrity of Identification Procedures; produced schedules concerning telephone evidence and cell-site analysis.

R v MS – represented one of two Muslim men who were alleged to have assaulted by touching their 13-year-old niece; cross-examination of teachers and support workers from the complainant’s school, to whom disclosure had been made over the course of two years; each defendant convicted of one count and acquitted of another – argued (with leave) in the CACD that the verdicts were inconsistent.

R v AB – conviction based entirely on read statements of civilian witnesses: case originally part of the tranche of cases now reported as R v Riat & others, the CACD authority concerning hearsay evidence; at trial prepared skeleton arguments in which we reviewed decisions of the Supreme Court and the ECHR and the process by which the prosecution had dealt with the “fear” provisions (s.116(2) CJA 2003).

R v L & 3 others – represented 16-year-old boy on charge of rape of 12-year-old cousin where mother, father and uncle (girl’s father) were alleged to have incited offence; parties Albanian Muslim, suggestion that sexual activity was part of marriage arrangement.