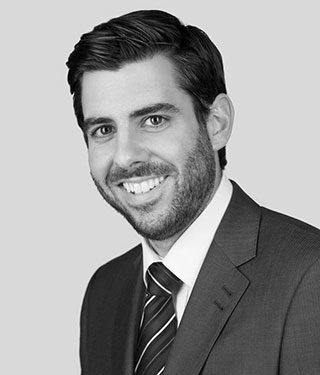 Practising in criminal law, Richard has been a tenant in chambers since completing his pupillage in 2003. A former Sunley Scholar of Lincoln’s Inn, he practises regularly in the Crown Court in London and the South-East, with an emphasis on defence work.

Richard has defended (as sole counsel) in trials for offences such as conspiracy to commit armed robbery; drug importation; and rape. A friendly and approachable barrister, he is also an efficient junior, having been led in fraud, serious violence, and murder cases.

Aside from his Crown Court work, Richard has extensive experience of the court martial, having successfully defended Armed Forces personnel in trials in England, Germany and Cyprus.

Richard’s appellate practice has extended to the House of Lords (now the Supreme Court). In 2007 he was led in the reported case of R – v – Abdroikov, Green and Williamson, which established the limitations of police officers and Crown Prosecution Service lawyers serving on juries. In that case he appeared in every hearing from the Crown Court up for the appellant Richard Green, whose conviction was ultimately quashed by the House of Lords.

In addition to his court work, Richard is a Lincoln’s Inn accredited advocacy trainer; and he has lectured on court martial practice and procedure.

Richard is a Grade 2 prosecutor.

In 2013 Richard was appointed by Lord Justice Pitchford (President of the Council of the Inns of Court) to sit on Bar disciplinary tribunal panels. The appointment was for an initial 3-year term of office, and was renewed for a further 3 years in 2016.