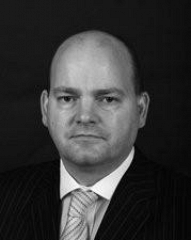 Paul prosecutes and defends in all areas of criminal law and has been instructed in cases including homicide, serious sexual offences, serious offences of violence and disorder and drug trafficking offences.

Paul is a confident, organised, thorough, and highly effective jury advocate who has an eye for detail and is regularly instructed to prosecute complex multi-defendant cases – whether as a junior alone or, more recently, as leading counsel.

Whether prosecuting or defending, Paul always makes every effort to present and advance the case to ensure the best possible outcome.  In doing so, he regularly draws praise from judges, instructing solicitors, and lay clients alike.

Paul is a Grade 3 Prosecutor on both the CPS General Crime Panel, and the Rape and Serious Sexual Offences (RASSO) panel.