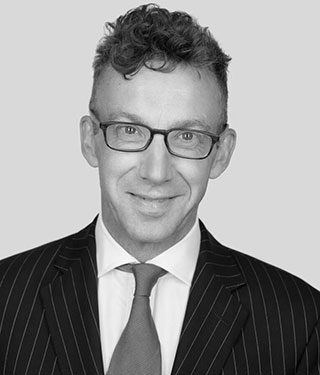 Andrew is an experienced, specialist criminal defence advocate. Whilst representing defendants charged with the most serious of offences and in related confiscation proceedings, he also has a particular interest in clients suffering from mental illness, juvenile crime, immigration-related offending and human rights.

Prior to joining the Bar he practised as a criminal defence solicitor, having qualified in 1991. He has worked as a criminal advocate and duty solicitor at large, well-recognised firms in Manchester and London as well as having set up and managed a criminal department in the East End. Before embarking on his career as a barrister Andrew also completed a Masters degree in law and taught criminal law.

Andrew’s particular areas of interest are mentally disordered defendants and immigration related offences, he wrote his Masters’ dissertation on the impact of the Human Rights Act on the detention of persons suffering from a mental illness in the Criminal Justice System.

In addition to representing defendants charged with immigration related offences, he also drafted a series of proposed changes to the immigration rules on behalf of the Immigration Legal Practitioners’ Association. He has also recently completed a 6-month secondment at the Asset Forfeiture Division of the Revenue and Customs Prosecutions Office. This involved restraining assets and enforcing a large number of high value Confiscation Orders in both the High and Crown Court.

Andrew is a Grade 3 prosecutor.