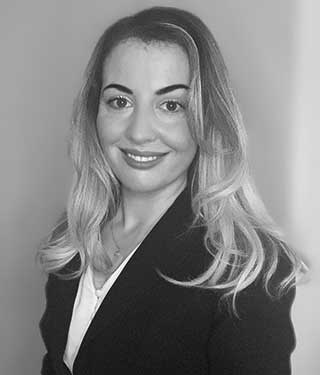 Victoria joined chambers in October 2020, after successful completion of pupillage. Victoria is instructed in all areas of crime and practises across London, Thames Valley, The Midlands, and the Western circuit.

Prior to pupillage, Victoria worked at Carringtons – a criminal defence and prison law firm for 4 years. As a fully accredited police station representative, Victoria represented clients in a wide variety of cases including, rape, complex fraud, and multi-handed drugs conspiracies. Victoria also worked on two high profile criminal appeal cases – R v H [2017] EWCA Crim 31 and R v K [2017] EWCA Crim 2214. The latter appeal was successful and resulted in the Appellant’s conviction for rape being quashed as a miscarriage of justice.

Victoria specialised in representing life and indeterminate sentenced prisoners at hearings before The Parole Board, where she was successful in securing their release or progression through the prison system. She regularly attended the prison estate to represent prisoners before the Independent Adjudicator, who were charged with committing offences against the Prison Rules. Victoria was also successful in conducting judicial review cases concerning the unlawful detention of prisoners, following the miscalculation of their sentences.

Outside of court, Victoria is a sports enthusiast and enjoys competing in triathlon events.

Victoria is a Grade 1 prosecutor, regularly instructed by the Crown Prosecution Service. She has extensive experience both prosecuting and defending in the Magistrates’ and Crown Courts. During pupillage, Victoria has been instructed in a wide range of hearings including, trials, pre-trial hearings, sentencing hearings, and appeals against conviction and sentence. She also receives instructions in the Youth Court.