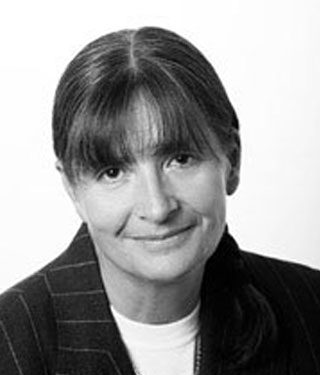 Described in The Times as a “high flyer” on her appointment as King’s Counsel, Sally has many years experience of prosecuting and defending high-profile cases.

Sally has an acknowledged expertise in medical, pathological and scientific evidence relating to non-accidental head injury in infants (shaken baby syndrome) and is frequently instructed in such cases. Sally has presented seminars on this subject to the Crown Prosecution Service, Police and fellow practitioners.

Due to her medical/scientific bias she deals regularly with cases involving complex issues of causation.

High-profile cases in which Sally has been instructed include Operation Roundham (the murder of Victoria Climbie), Operation Acodale (the “honour killing” of Samaira Nazir) and R v Dhaliwal (the suicide/manslaughter appeal).

Sally also has extensive experience of dealing with vulnerable witnesses and was one of the team of practitioners asked to assist the Criminal Bar Association with its training programme on the new legislation. At the invitation of the British High Commission, Colombo, she conducted a series of lectures on vulnerable witnesses to the Judiciary, Attorney-General’s Department and the Police.

Her defence practice includes acting for professional clients (including the headmaster of a special needs school and serving police officer) and defending an 11 year old boy for the attempted rape of a 10 year old girl.

Sally has many years experience of Courts Martial both as defence counsel and sitting as a Judge Advocate and has a broad knowledge of the Court Martial forum. She was leading counsel for the Crown in R v Skinner (the Deepcut instructor who physically and sexually abused recruits).

Sally has been instructed by the Attorney General of the Falklands Islands on a number of cases before the Supreme Court.

Birmingham Crown Court, R v S & other – prosecuting trial of the murder of a baby, instructed by CPS Birmingham

Birmingham Crown Court, R v B & others – prosecuting in a case involving the murder of a man by his spurned lover and her ex-husband, instructed by Birmingham CPS

Winchester Crown Court, R v M – instructed to defend a man accused of the murder of a sex worker with whom he had become obsessed, instructed by Richard Middleton of The Law Chambers

Central Criminal Court, R v A & others – prosecuted in a trial involving a number of terrorism offences, part of the proceedings were held in camera, instructed by CPS HQ