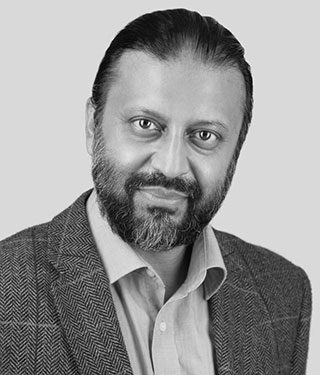 Prior to entering the legal profession, Mumin trained and worked as a journalist where he dealt with human rights and community issues. His practice incorporates criminal, immigration, employment and general commercial law. Mumin has also advised on copyright issues including material on the internet.

Mumin is regularly instructed by a wide range of firms from all over the country including in particular Birmingham, Manchester and Derby in addition to London and the South East.

In criminal law, Mumin has conducted trials across a wide range of offences involving complex fraud, serious assault, sexual assault and rape, in addition to being led on murder. Having once been a police station representative, Mumin is familiar with criminal proceedings from the point of charge to jury trial.

Additionally, Mumin is also instructed by a number of solicitors for immigration and asylum cases including student and marriage entry clearance applications. Quite often, he finds this area of law complements his criminal practice, for example, where those who breach UK immigration law are prosecuted.

Having once worked in a top employment firm, his knowledge of employment law was further consolidated during pupillage under a pupil master who is now a full time employment judge. Mumin represents both employees seeking redress, be it for unfair dismissal or redundancy, and employers seeking to defend claims. His clients have included ordinary workers to schools and business organisations.