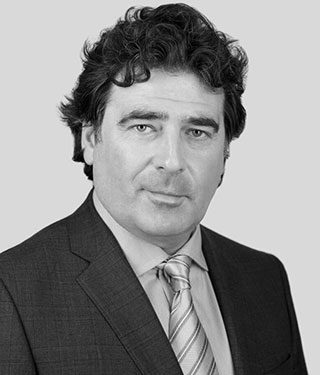 Jon is an established defence advocate specialising in serious crime for the past 26 years. He has considerable experience in a wide variety of high profile criminal cases often followed with interest from the media.

Jon is exclusively instructed to defend on matters involving murder and attempted murder, manslaughter, allegations of serious violence, rape, sexual assault and high value fraud. He has acted as leading counsel on a large number of serious cases, including murder and large conspiracies.

Jon’s professionalism and success is reflected in the continuing high demand for his services from instructing solicitors including many repeat clients and referrals. He has been described as pro-active and has a hands on style when conducting cases.

Jon is also regularly instructed to provide advice and assistance in the most serious cases that have resulted in conviction with a view to having these cases reviewed by the Criminal Court of Appeal and the Criminal Cases Review Commission. Jon accepts this work through public access as well as through solicitors.  Jon is due to defend a young man charged with murder in a trial at the Central Criminal Court in March this year.