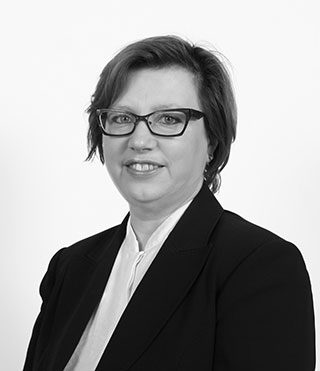 She is an experienced and effective trial advocate with a reputation of connecting well with Juries on complex and emotional cases. Her practice predominantly concerns all aspects of criminal defence.

Prior to joining the Bar, Ann-Marie had a highly successful commercial career as an Auctioneer at Christie’s and Brooks specialising in Automobilia, Maritime and Aviation works of art. She also worked at Deutsche Bank during the infamous Y2K before accepting the position of Manager at the Pullman Gallery in St. James’s. These various professional roles over 14 years translate to a wealth of life experience and a valuable insight in to commercially related cases. Ann-Marie applies her distinct attention for detail to all aspects of a case and is well regarded for her warm and reassuring manner with her clients and their families.

Ann-Marie was awarded pupillage at Staple Inn Chambers under Ms Veronica Ramsden (Head of Chambers) and later joined 11 Gray’s Inn Square Chambers in her capacity as a then Dual-Practitioner.